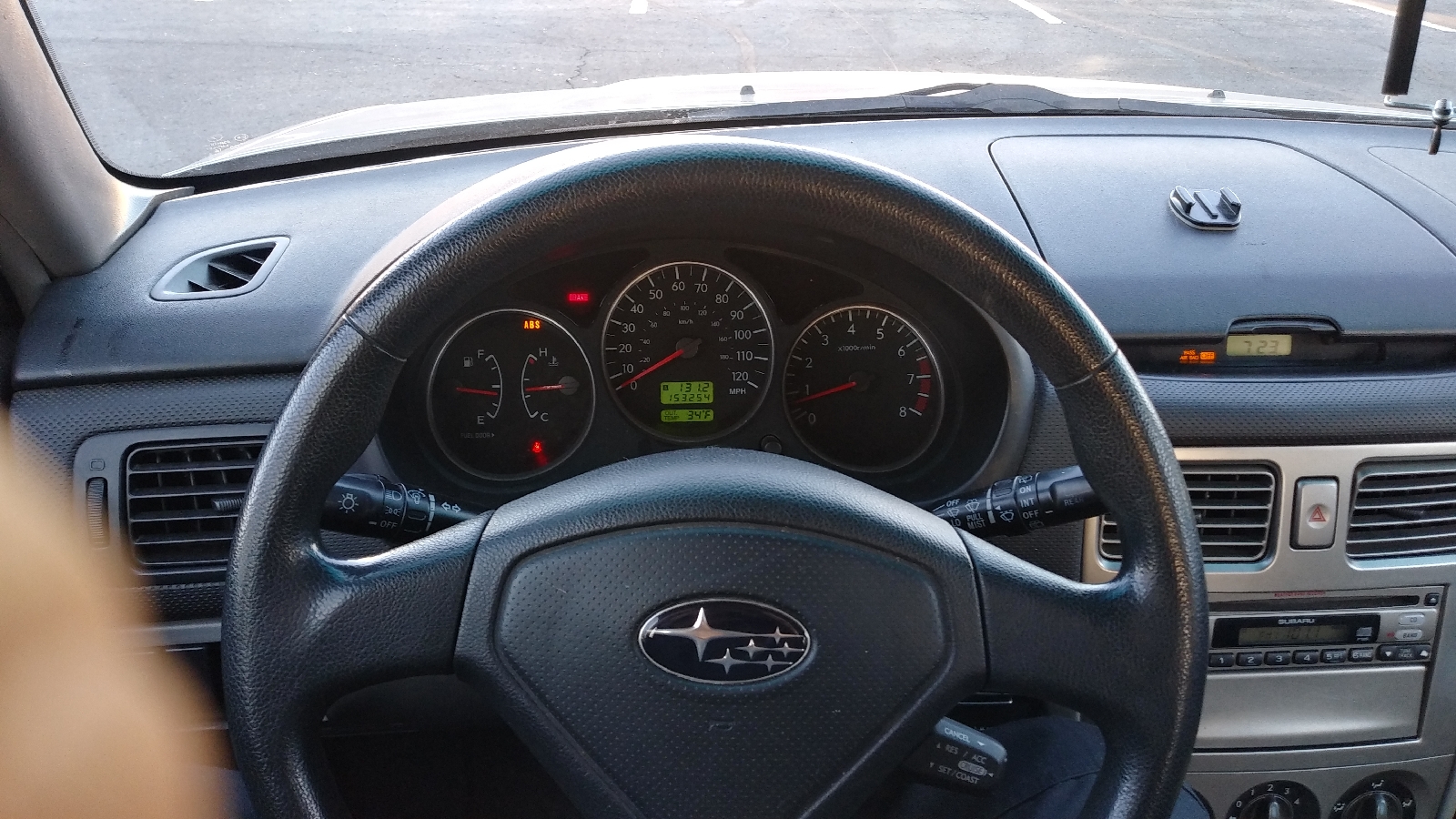 Good Morning, everyone. Sitting here in the parking lot, waiting for time to go into work, i realized its been a while since I did a forester update. So here it is. As I sit here, the odometer reads 153,254 miles. The ABS light is still on, and the cluster illumination still is on the fritz. 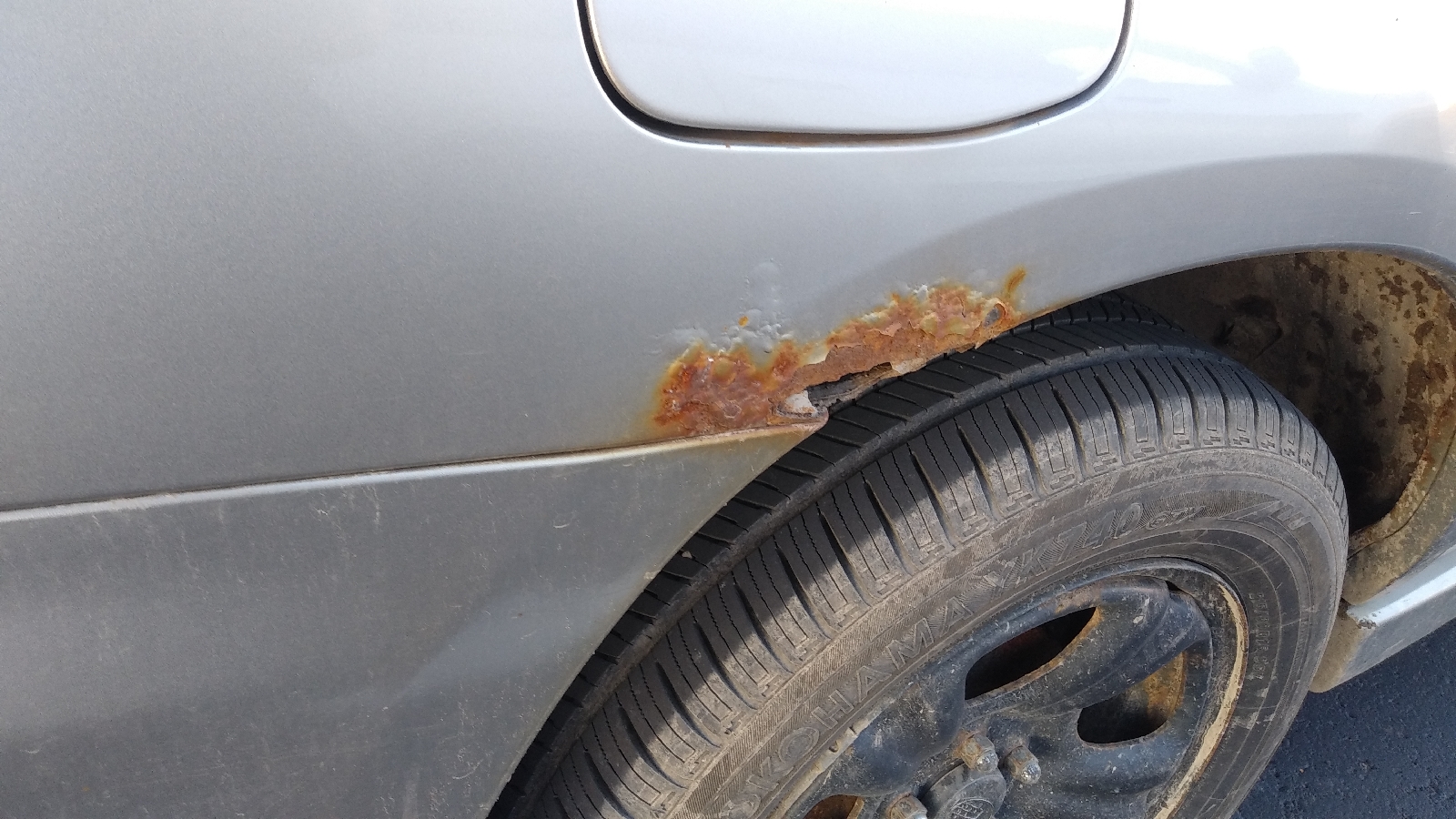 The passenger side quarter rust has grown, which ibreaply need to address. 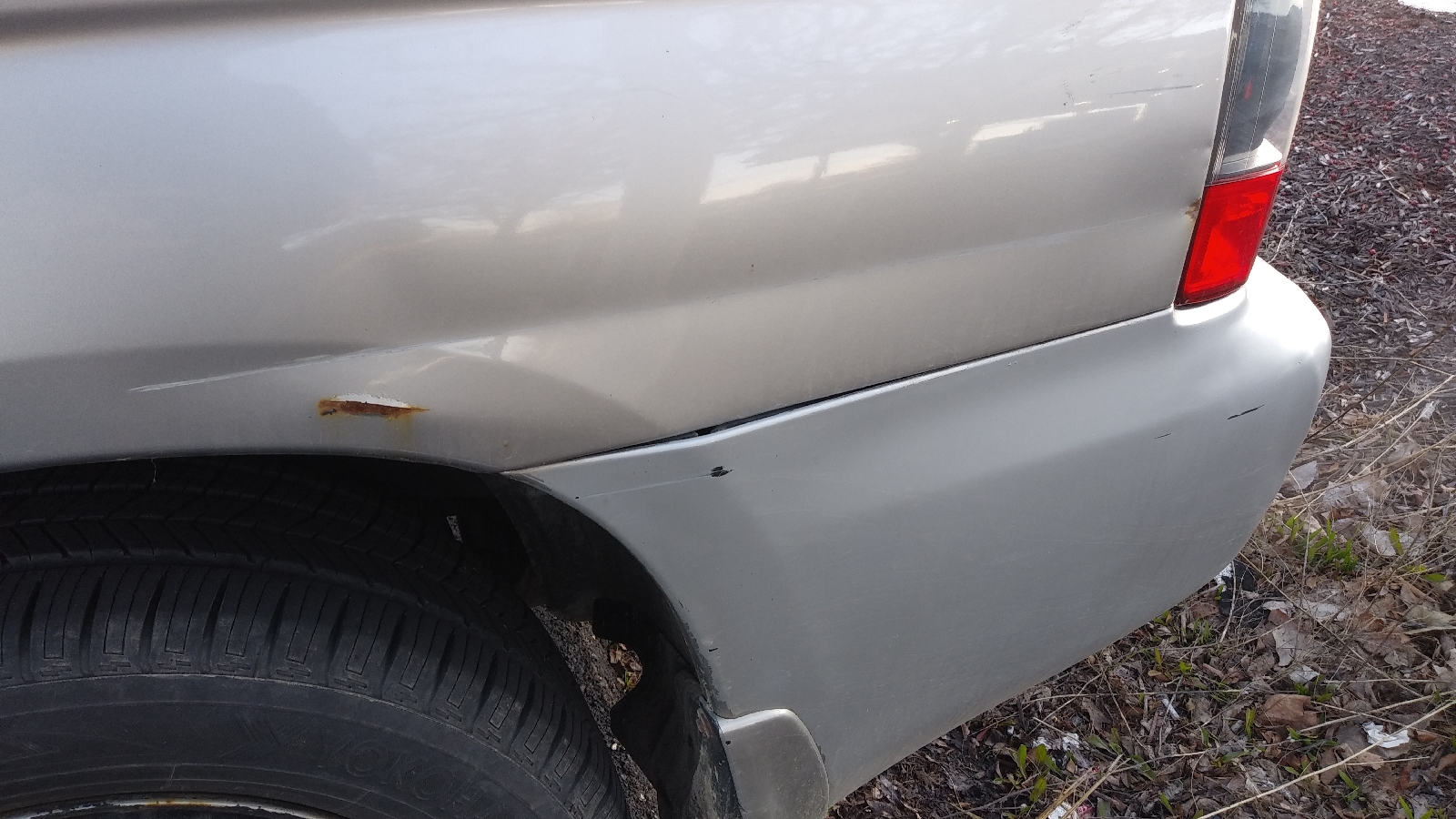 The drivers side quarter isnt rusting as badly as i expected but still needs to be addressed. There are clunks in the front end caused by worn out Lower Control Arm bushings, worn sway bar links and cheap upper strut mounts. I need to order the parts soon to fix that. The rear has a few issues as well, mainly due to 14 year old rubber bushings.
Now and then, there is a whiff of fuel, which is vapor leaking from somewhere, though there isn't a light on for it.
Finally,  getting to the exhaust. I put a new midpipe on in March, but I had to use a split flange on the Catalytic Converter side because the flange there, formerly .25" plate stainless, has rusted away entirely. I had to trim some remnants of that with an angle grinder, and use some long Grade 8 bolts to pull it all together. But, no leaks yet.
Anyway, more to come soon.
-Phil
Email Post